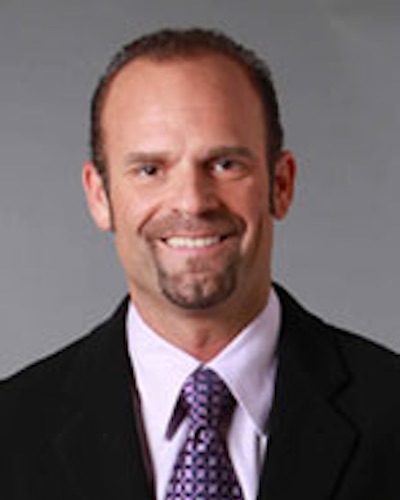 Dr. Moore originally received his medical degree with top honors from the University of New England in 1994. While at the University he was involved with neurologic and neuroscience pain research, receiving multiple grants in this complex field. He completed his residency in Obstetrics and Gynecology at the Maine Medical Center in Portland, ME and then completed a two-year fellowship in Urogynecology and Radical Pelvic Surgery at Northside Hospital in Atlanta, GA. Following this, he completed a year of advanced training in Laparoscopic Reconstructive Pelvic Surgery. He has also completed advanced training in the field of Aesthetic Vaginal Surgery and has co-authored, with his partner, Dr. John Miklos, the first comprehensive book on Vaginal Rejuvenation and Cosmetic Surgery for women as well as the FIRST chapter ever published in a major medical textbook on Vaginal Cosmetic and Reconstructive Surgery.

Dr. Moore continues to be very active in clinical research and new innovations in the field of Urogynecology including mesh technology and minimally invasive techniques to treat prolapse and incontinence. He has partnered, published and completed research with prominent investigators and surgeons from centers such as Harvard University, the Mayo Clinic, Cleveland Clinic, and University of Rome.

In 2009, Dr. Moore was the first surgeon in the United States to perform the Anterior Elevate procedure (a mesh procedure to treat cystocele and vault prolapse through one small vaginal incision) and has travelled the globe operating and teaching this new technology that he helped develop. He is currently the Principal Investigator in the U.S. in the Multicenter Trial evaluating the long-term results of mesh repair for cystocele and was picked to lead this team of investigators from 10 centers in the United States including gynecologists, urologists and urogynecologists. The two-year results were published in the International Urogyn Journal with Dr. Moore being the lead author and he presented the 5 year data at the international FIGO meeting in Rome Italy in the fall of 2012.

Dr. Moore was also the Co-Principal investigator, with Professor Jaquetin from France, of the AMS Monarc TOT sling worldwide trial leading more than 20 centers across the world. He was principal investigator of the first multicenter trial in the world to evaluate the Mini-Arc Mini-Sling and is considered a worldwide leader in this new procedure. Dr. Moore has published more than 150 scientific journal articles, book chapters and research abstracts.

Over 100 surgeons per year travel to Atlanta to observe and learn from him and his partner Dr. John Miklos in their operating room. He has traveled to and been invited to lecture/operate/teach all over the world, including Finland, Norway, Hungary, India, France, Spain, Italy, Portugal, Sweden, Greece, Turkey, South Africa, Argentina, Chile, Russia, Taiwan, Poland, Dubai, Colombia (SA), Argentina, Austria, India, England and New Zealand.

Dr. Moore is Board-Certified by the American Board of Obstetrics and Gynecology, Inc., and its Division of Female Pelvic Medicine and Reconstructive Surgery (FPMRS) and is a Fellow in good standing of: